A LETTER: Regarding the censorship of STREETCAR in Sandy, Oregon. 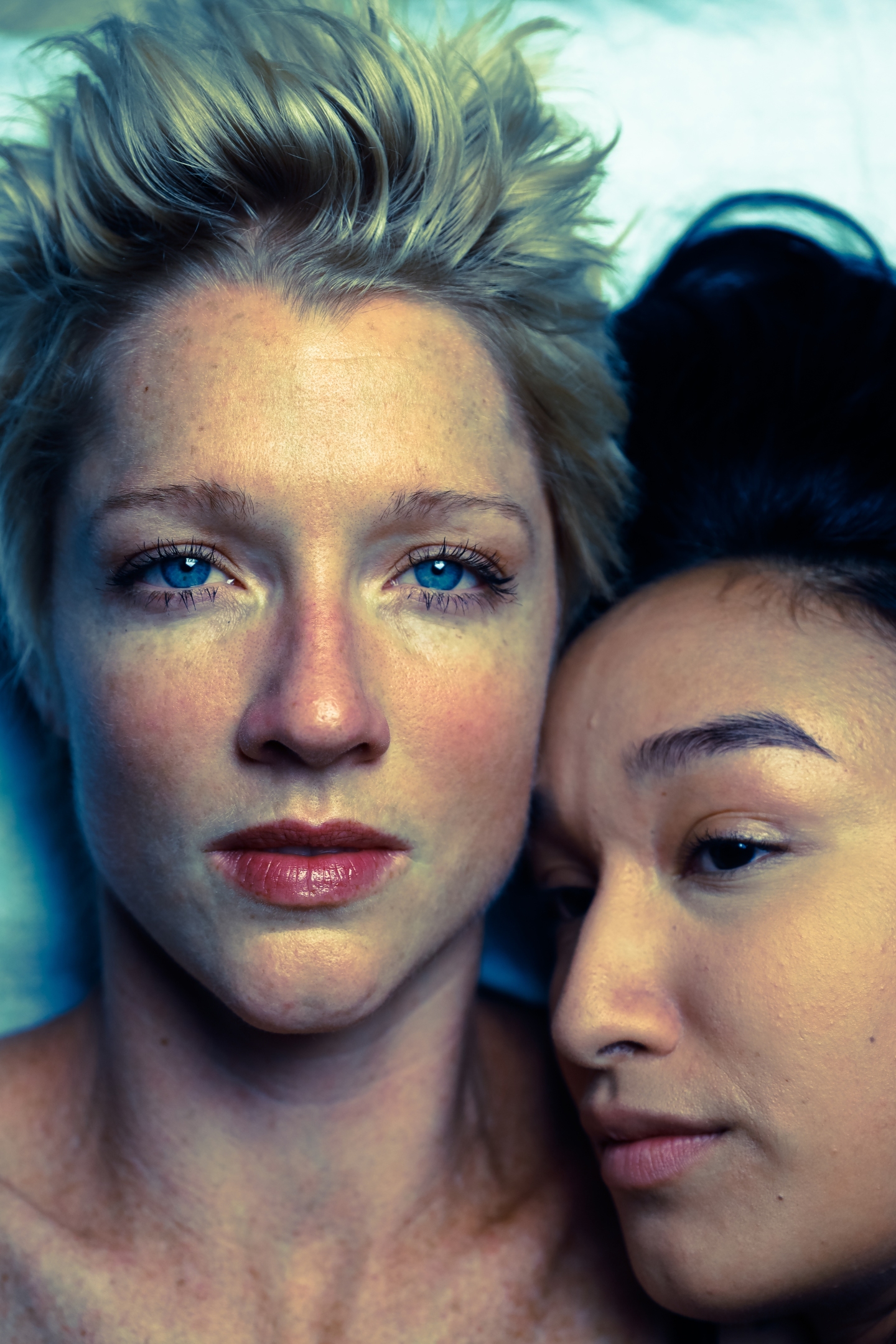 This article references a past production.

As some of you know, I have been more than busy since June, directing A STREETCAR NAMED DESIRE for Sandy Actor’s Theatre.  This ride has been a series of ‘firsts’ for me.  It is my first time collaborating with S.A.T., my first go at directing a Tennessee Williams play, and significantly, my first experience of having work I’ve done with a group of actors ‘censored’ in response to some degree of community protest.

In response to letters of complaint from community members, on 1 September 2019, theatre leaders and representatives to the Board at Sandy Actor’s Theatre interrupted rehearsals to announce that the production could not be performed with Scene 10 presented as it had been staged.  (Scene 10 had been a subject of controversy during Williams’ own life; it is the scene in which the character Stanley rapes the character Blanche.)

An excerpt of one letter shared with me reads:

“…We will all know that the people responsible for making decisions at Sandy Actor’s Theatre are not safe people to associate with.  In the day and age of #metoo, such a move is curiously tone deaf and definitely stands to draw critique for being excessive, unnecessary, and grossly misogynistic.  The board should expect that this will lead a number of patrons to question whether this is really a group they want to continue to support.”

(Representatives to the theatre’s board have asked that the author of this letter’s name not be shared.)

For Sandy Actor’s Theatre, a non-profit organization which does not yet have a formal strategy to apply for grants, and does not or cannot rent its facilities to boost the operating budget, the threat of a falling subscriber base is understandably intimidating. I appreciate their nerves about challenging what consistent audience they have.

“This would be fine in Portland, but we will lose subscribers!”, one of the theatre’s numerous leaders said.  The irony is that the very argument that it would be fine elsewhere but not in Sandy is precisely the reason why it could be valuable.

The myths and legends I grew up with instilled in me a belief that you can collectively defeat monsters, but to do so, you must find the strength within yourself to look them in the eye, and to name them.  That was why, when it came to directing STREETCAR, the one thing I understood with clarity from the beginning, was that during the moments of Scene 10 when Blanche is raped by Stanley, the content could not be softened or glossed over in any way.

With the America we know dangling between the 2016 and 2020 elections, trying to accurately comprehend the tidal wave of #MeToo stories, and challenged to discover better means for discussing, defining, and solving myriad forms of trauma, how can we as a society take steps to feelingly understand the problem of sexual violence in our communities? I am not naïve: Theatre does not solve problems alone, but serious thought, reflection and communication can.  For centuries, the communal act of theatre has been a reliable ignition source for thought and conversation, and if Tennessee Williams’ A STREETCAR NAMED DESIRE is anything, it is an invitation to feel very difficult ideas.  Domestic violence and sexual violence are two of them.

Both the themes of domestic violence and sexual assault have hovered around my life, and I have witnessed the insidious nature of their aftereffects upon people I care about.  In 2019, the sincerest reason I can find for A STREETCAR NAMED DESIRE to be produced outside of an academic or ‘appreciation’ context, is if the core of the endeavour is about lifting women up.  Not through sappy, sentimental gestures seen through rose-tinted glasses, but by looking hard at these horrifying experiences with rigorous curiosity and empathy.

After passionate debate between representatives to the theatre’s board, and those of us from the production’s side, a compromise was formed, and the production opened as scheduled, yesterday, 6 September 2019, although the tone of Scene 10 was shifted, and the performance suffered one walk-out in the pause between Scene 10 and 11.

In its easiest form, theatre is about entertainment.  Yet, it is never completely divorced from the subversive experiment of compelling a tribe to puzzle over itself, be that an amusing or terrifying experience.  In the theatrical conspiracy, you can decide what you hope an audience will take away, and you can predict what an audience might react to.  Any theatre manager is merely being responsible to speculate, “Are they ready?”  But you cannot decide for them.  An audience is not a multiheaded blob with one brain, but a community of individuals with myriad points of view.  Once they sit down in the theatre, all you can really do is take a deep breath, and trust that they’re attending because of their own freewill, and trust them to form their own opinions of what they see.

A winner of the Pulitzer Prize, in STREETCAR, Tennessee Williams wrote a play with very sharp teeth…  We endeavoured to bare those teeth with every ounce of the respect and wholehearted consideration they demand, and offer a production that could trigger a cathartic and productive dialogue about one of America’s most challenging problems.

A letter from the women of STREETCAR at Sandy Actor’s Theatre, 2019

Prompted by the theatre’s ultimatum that the content of the production be softened, the women of the cast and crew wanted to share some thoughts.  What follows is a program note authored by Lyra Butler-Denman—who plays Blanche in the Sandy Actor’s Theatre production—and signed on to by the group:

Thank you for being here. As you may be aware, A STREETCAR NAMED DESIRE, centers on challenging themes, among them domestic abuse and sexual assault. We, the women of the cast and crew are actively choosing to participate in this play and the conversations it provokes. The painful material presented here exists on television, on the news, and more importantly, exists every day in our communities and our lives. The majority of the women you will see onstage have the lived experience of violence, sexual assault and/or rape. Some of the men on stage have been touched by it too. We are committed to the portrayal of these experiences because most of us experienced two violations: the violation of assault, and the violation of silence and denial.

We have been told to be silent, have been taught to call what happened to us something else, have been told to get over it, have been told it was our fault, been accused of “wanting it”, “asking for it”, or “liking it”, or have simply never been asked. As an ensemble cast we are consensually, collaboratively, actively, gratefully, breaking that silence. We are asking you to witness what is reality for so many of us. We are asking that you not turn away from us, not silence us. In so doing we are asking you to watch something that may be difficult. It is difficult. And painful. And tragic. And happening right now, every day, to women you know. In 1950 Tennessee Williams was asked to cut the rape from the movie version of his play, in response he wrote “The rape of Blanche by Stanley is a pivotal, integral truth in the play, without which the play loses its meaning which is the ravishment of the tender, the sensitive, the delicate by the savage and brutal forces of modern society. It is a poetic plea for comprehension”
We could not have said it better.

(Lyra Butler-Denman, with the women of the cast and crew of A Streetcar Named Desire at Sandy Actor’s Theatre, 2019.)

Interested parties or journalists may Email Jeffrey here  —  Thank you.

Community Engagement and Talk Back programming:

Following the matinee performances on 8 and 22 September 2019, we are holding Talk Back and Dialogue events with Lyra Butler-Denman (Blanche), Leila Villasenor (Stella), Daniel Donlon (Stanley), Eric Island (Mitch), and Jeffrey Puukka (director).  If you have questions about the production, would like to share feedback about your experience watching it, or just want to take part and listen, simply present the ticket-stub from the performance you attended, and join us for the discussion.

A Streetcar Named Desire runs Friday and Saturday evenings at 7:30p, and Sunday afternoons at 3p until 29 September, 2019.

“…Professional actors, say that as a director, Puukka is tops.”
(Article by Olga Kharif.)

“I went into our first class expecting to hate every single tick of my Rolex until 9:30 pm … but surprised the hell out of myself by wishing my very reliable watch was less reliable.  I came home from class wired for hours.  It happens every class.
When I started the class, I did not speak in public.  But now I’m finding my voice and I’m less afraid of it.
When I started the class, I did not want to be seen.  But now I’ve stood alone on a stage and I can’t wait to be standing on that stage again.
When I started the class, I couldn’t write.  Not a word.  It wasn’t writer’s block.  I could not create … and creativity is everything.  But now I’ve submitted two short fiction pieces. I float in that feeling of lost time and lovely words and running out of toner.
Acting feeds my need to create – it is addictive.  I want to learn more. I want to do more.”